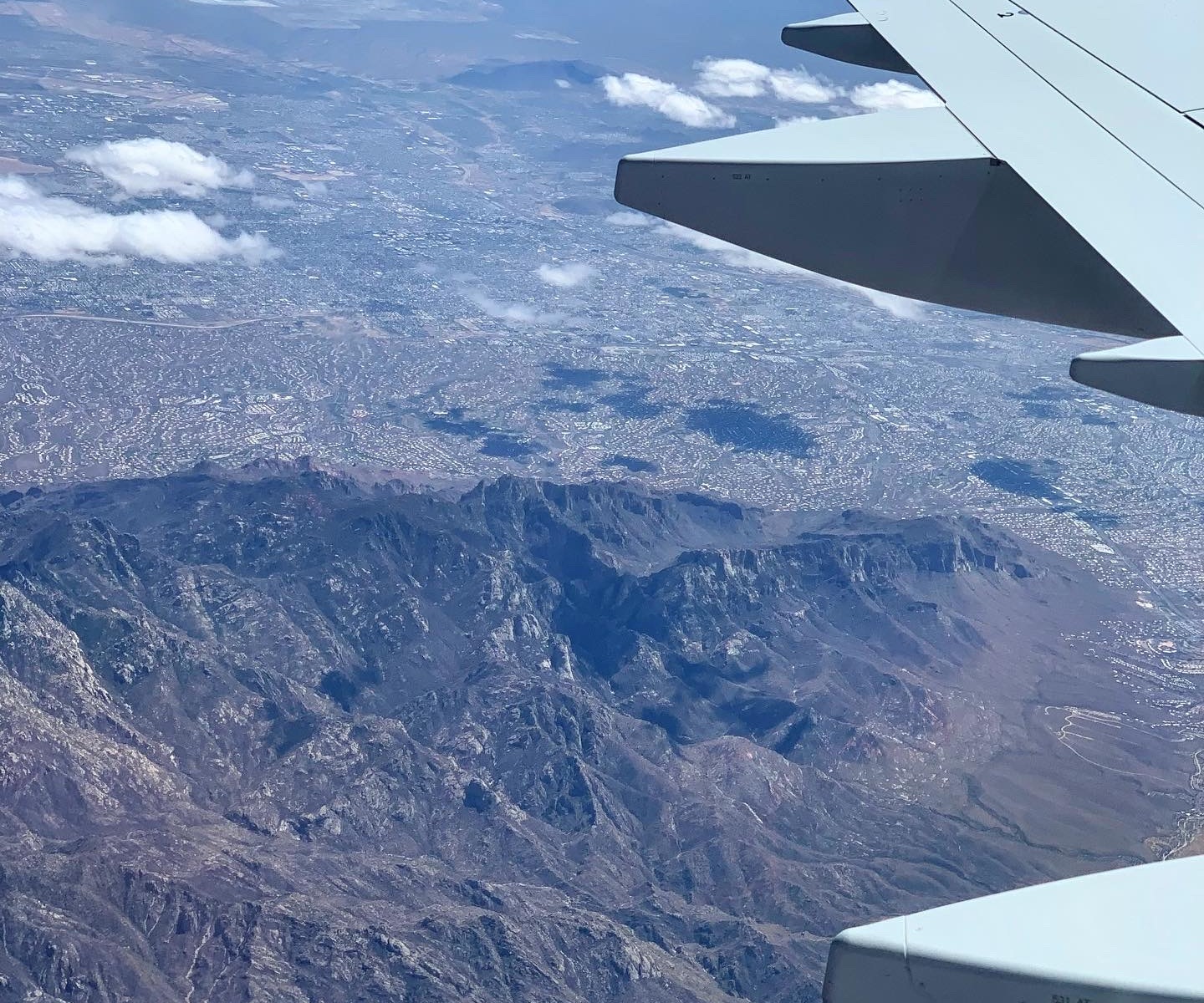 Can you imagine what the first person to land on the moon thought as he viewed the Earth from afar (not knowing if anyone has “actually” been there yet or if they’ve already established suburbs, mini malls, and a couple of McDonalds’ there). Where we have been is important and should never be discounted, but the question that plagues my brain as I think about the months to come is where I want to go. Being stationary only suffices me if I need a breather before continuing the push forward on my adventure, and if there is one thing I am at heart, it is an explorer.

While taking a week long sabbatical from blogging, me, my wife, and my son ventured to a location disclosed on my Instagram account, and needless to say, travel has changed and rightfully so. Some airports were uncrowded and had the bare essential stores opened for the cloud riding voyagers. Other airports, like Dallas and Charlotte, were brimmed elbow to elbow with people restless to abandon their sturdy seat in the sky for a soft, ground level bed. A majority of people were wearing their masks as requested by local airport authorities, and there were instructional, precautionary signs posted all around the airports and intercom messages warning people on what to do and the penalty they would incur if they did not do so. A couple of people were brave enough to take their masks off to eat, drink, sneeze, or cough, and all I could do was observe and wonder which parallel I would end up in next.

Since there is no shame to my game, I’ll be the first to admit that I despise flying. I do not care to sit on runways for God knows how long or take off in rain showers or snowstorms. I love when the rubber tires finally screech the landing strip and the pilots gear the engines in full reverse and plow the brakes. I’ve hated flying since the first time I boarded a plane, and with the heart of a true explorer, it kind of dampens my chances of ever being able to colonize my own planet far away from Earth. It would take a thousand milligram Xanax the size of a frisbee just to get me into the upper atmosphere, much less another galaxy.

I was seventeen the first time I flew in an airplane. I thought it would be good to venture to Bonaire, a tiny island off the coast of South America, with my dad and his friend on one of their scuba diving adventures. We flew out of Raleigh Durham to Miami on a hot summer night. My equilibrium was all over the place by the time we arrived above the clouds, and millions of lightning bolts were shooting out the tops of the clouds due to the seasonal heat and atmospheric energy. With my heart beating a thousand beats a minute, I gripped both sides of the seat and watched each flash with scared apprehension.

After landing in Miami, we were shuttled to a Holiday Inn by a local who was wearing leather, fingerless gloves. He had sunglasses on at night, was mouthing a toothpick, and had a gold chain tangled in his stiff, black chest hair. I felt like I was in a scene from the movie Scarface and I knew, at any time, someone was going to kick in the door to our room and be brandishing a chainsaw. Needless to say, I slept with one eye open and one eye shut and awaited to board my next cloud laced carriage early the next morning.

The next flight was going to be three and a half hours to Curacao where we would then propeller plane hop over to the island of Bonaire. The pilot came over the intercom and said that we needed to buckle in because there were a couple of spotty areas ahead of us. When I gazed out my window, all I could see was endless, hazy cotton balls because we were flying through various clouds. My feet and armpits began to perspire. I sat in my seat, renewed my faith in God, Jesus Christ, mother Mary, and the Holy Ghost, and knew if we could make it to Bonaire then everything was going to be okay.

We finally landed and the good times took off from there. I had never flown before, much less been out of the country, so it was an eye opening experience for me. My dad and his friend knew locals on the island, and it never hurts to have familiar faces in unfamiliar places. The local Dutch women were not shy about laying out topless on the island’s pristine beaches, and that was a win win for me at the time. The locals understood and were mesmerized and intrigued by my improper Southern English twang. My dad’s friends on the island were of Papiamento descent, and they were extremely nice and cordial to us. They welcomed us to their homeland with open arms, taxi’ed us from the local airport, rented us motorcycles to drive around on the island, and reserved us a fancy room at one of the local resorts.

Long story short, my dad’s friend Orlando had organized the Curacao/Bonaire Tour Camacliri 2001 motorcycle rally for the island and positioned us at the front of the pack. We were watched after in more ways than just one, and I could not have asked for a better, much less safer, experience considering I was fresh out of high school and a long way from home. The motorcycle rally carried us through a local village where they were celebrating their one hundred and fiftieth year anniversary. Every native islander was partying under a starlit sky, laughing, joking, drinking, eating, dancing, and playing carnival games they had designed with their own hands. All the kids ran up to me, smiled, and looked at me like the stranger that I was. I walked over to the games with some of them and paid for them to have a chance to win a prize.

At one point during the celebration, Orlando asked my father to go with him onto their main stage where they were performing their live, local music. Orlando got the microphone, spoke his native language, and addressed the crowd. He thanked the village for welcoming the rally and congratulated them on their anniversary. After saying numerous things that I obviously do not know how to decipher and because I was too busy eating goat (tastes like chicken, of course) and drinking Screwdrivers, Orlando brought my father onto the stage and allowed him to address the crowd.

It was an amazing life experience to witness and be a part of. Orlando told the crowd that we were from “the States” and had traveled there to partake in their motorcycle rally celebration. Orlando translated everything my father said, and my father ended the speech by thanking the locals for letting us be part of their anniversary. The crowd clapped. The music recommenced. The party cranked up to a different level than before. After the rally, we were later escorted back to our hotel room and hung out into the wee hours with other visitors who had come to attend this event.

The jest of the blog is this.

I could have let fear decide my fate. At the very idea of going out of the country, I could have shut it down from its very inception and remain hidden in my mundane, rural backdrop. On my first airplane ride to Miami, the one where Zeus was battling every other mythical god and goddess in the clouds, I could have said enough was enough and bailed on the entire trip as soon as my feet hit the ground. My fear, my anxiety, and the complexes that my mind had designed to hinder my body from moving forward would have made me miss out on some spectacular things that I now look back on and relish.

The good memories of old, the ones I need to remember, the ones I want to remember, flash in front of my eyes as though I was inserting another reel into my View Master. When I need a change of scenery, all I have to do is click the lever.

So ask yourself this question: where do you want to go? When answering, don’t worry about where you have been or not been. Don’t worry about how many flat tires you’ve had. Don’t worry about how many cracked windshields you’ve been blessed with and had to replace. Set a destination, never stop exploring, and if you have to take a detour then detour you must. The world will always be under construction, so check the gauges and liquid levels and make sure the brake and gas pedals are free from obstruction.

Insert another reel into your View Master, click the lever, and be honest with yourself for once in your life.